Blackwater Draw contains an important archaeological site that was first recognized in 1929 by Ridgley Whiteman of Clovis, New Mexico. Blackwater Locality No. 1 is the type-site of the Clovis Paleo-Indian Culture, which is traditionally accepted as the earliest occupation of the New World. People hunted Columbian mammoth and straight-horned bison near the springs 11,000 years ago. Later, bison were hunted near the margins of a spring fed pond. The oldest hand dug wells in the New World, Clovis to Archaic ages, were dug here over 5,000 years ago.

The first large-scale excavation of the site occurred in 1932. Evidence of "fluted" points, spearheads now known as Clovis points (a New World invention) and other stone and bone weapons, tools, and processing implements were found at the archaeological site. The Clovis points were lanceolate and often, though not always, longer than Folsom points. The Clovis-age artifacts are in association with the remains of extinct Late Pleistocene megafauna, including mammoth, camel, horse, bison, saber-toothed cat, and dire wolf that were hunted by the early peoples who visited the site. Generations of some of the earliest New World inhabitants hunted and camped at Blackwater Draw, creating stratified levels of archaeological remains from many different time periods, including Clovis, Folsom, Midland, Agate Basin, and various Archaic period occupants. 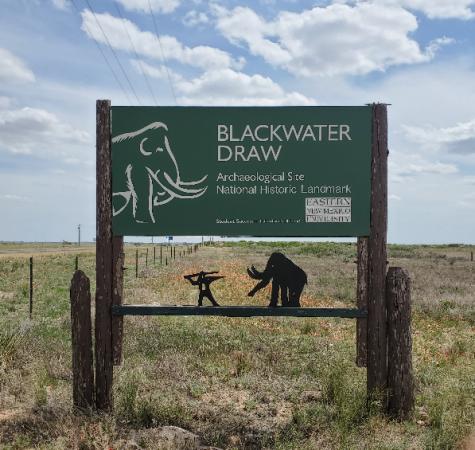 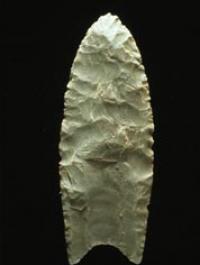 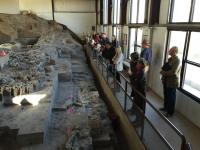 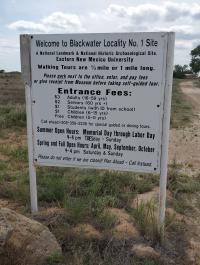