Bleh! Rodents - who needs 'em? As it turns out, this one is extra large. I'm told they are the largest rodent in North America. Back in the early days of the USA, they even made hats out of 'em. But, despite them being rodents, I'm told they have a beneficial effect on the environment, both for water and wildlife. Good for them! As for me, I've gone into hiding - they're just too big! FYI, it is unlikely that there is cell service here. 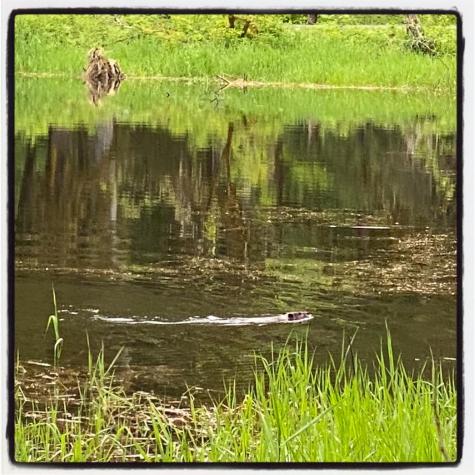 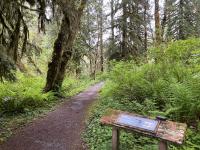